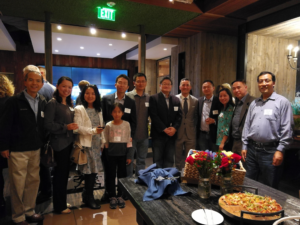 “It is our immense pleasure to endorse Council member Chris Cate for his re-election for San Diego City Council, District 6. Chris’s vision of getting the community politically and civically involved and his emphasis of ‘ the importance of having a voice and speaking loudly’ are directly aligned with that of SDAAFE. ” said Steve Hsieh, Vice President of SDAAFE.